The O’Flaherty family have a long history in the Irish motor industry and have been involved in manufacturing, distribution and retail operations since 1950. In June 1950, amidst the aftermath of World War II, Stephen O’Flaherty signed a deal that secured the rights to the Volkswagen franchise in Ireland and some three years later O’Flaherty secured the Volkswagen franchise for the UK which he subsequently sold to the Thomas Tilling Group in 1957. Perhaps Ireland’s place in Volkswagen history was most firmly established in 1950 when the first Volkswagen ever built outside Germany was assembled on Shelbourne Road, Ballsbridge, Dublin 4 (in the very premises where MSL Ballsbridge Motors operates today). The car itself is now proudly displayed at the Volkswagen Museum in Wolfsburg, Germany.

Throughout the fifties demand rose steadily and the business quickly outgrew the Shelbourne Road facility. In 1955 assembly was transferred to a new factory on the Naas Road, Dublin 12. Vehicle assembly continued on the Naas Road until the mid-1980s when the company became the last in Ireland to withdraw from production.

Maintaining high standards of customer service and support as well ensuring that sales and service opportunities are maximised are paramount to the success of the MSL. Customers ask a myriad of questions about used and new vehicles and these questions must be addressed in a way that enthuses them thereby attracting new purchases and retaining existing loyalties.

To that end MSL wanted to capture every customer experience by phone in order to identify and use examples of calls to ensure that their high standards are maintained going forward.

The Vidicode Apresa Call Recording Solution allows recorded calls to be stored onsite for as long as we wish, enabling us to evaluate these when needed.

The extensive search functionality makes it very easy for us to identify the calls we want quickly and efficiently. Not only can we identify inbound and outbound calls but also the customer phone number, time, date, and duration and in addition colour mark and add notes to valuable calls during or after they occur. This is a real bonus when identifying good calls for training purposes. The Apresa is a system that we know has many additional features that will help future proof it as our business moves into the next decade and beyond.

As one of Shropshire’s biggest and longest established Motor Dealerships Budgen prides itself on giving excellent service to all its customers. Budgen has been in Shropshire for 40 years and it is still family run today.

Originally started by Tommy Budgen in the 70s, Budgen was taken over by the late Robin Wimbush in the 80s and is now owned by Robin’s friend Kim, and his wife Susan, who have lived and worked in Shropshire for over 30 years.

Budgen Motors now has Citroen, DS, Dacia and Renault Dealerships in Telford and Shrewsbury, Peugeot, MG, and Subaru in Shrewsbury, a large Used Car Centre offering all makes and models in Shrewsbury and a Full MG Facility in Telford.

In line with FCA (Financial Conduct Authority) regulations, Budgen is required to record telephone calls where a car finance transaction is required.
In addition, Budgen takes payments over the telephone by debit or credit card for its services and therefore must comply with the requirements of the payment card regulators (PCI DSS) to not store any sensitive payment card information.
A seemingly substantial challenge for any call recording company met by Vidicode UK and the flexible and cost-effective Apresa Call Recording Solution.

The Apresa meets the requirement of the FCA to store calls for up to seven years and to be easily traceable. Budgens required storage on site which Vidicode UK provided. The Apresa also offers an audit trail and limits access to recordings only to supervisors as chosen by the management. The Apresa’s user interface, accessible via any networked web browser enables search for calls from any of our sites by multiple criteria. We can add notes to each call and colour mark calls in accordance with their relevance or topic (i.e. training, dispute, sale etc.)
For payments made over the phone, the Apresa recording solution is easy to configure, muting calls when agents reach our whilst on a call “Payment Page” meaning that no card details are captured. There is also the option to use short-codes to manually mute and unmute the calls.

When Infinity Group, one of the UK’s largest IT and Telephony providers were tasked by Right to Health, to find a reliable, user friendly call recording platform that met FCA* compliance standards they turned to Vidicode UK and call recording expert Everton Stuart.

Right to Health, founded in 2001, specialise in finding new private medical insurance policies and reviewing the current health and financial requirement of individual and corporate clients. Their work makes it imperative to prove impartiality, adhere to FCA regulations requiring evidential proof of transactions and should the case arise be able to find that proof quickly.

The Vidicode Apresa IP Recording System was chosen by Right to Health and Infinity Group for its ability to search for and find recorded calls rapidly, add notes to each call, email recordings and tag with relevant business information as well as storage for a number of years as required by the FCA. In addition, Infinity cited the skillset and knowledge of Everton Stuart and his support team as a major factor that impressed Right to Health.

Phil Jones COO of Infinity Group said, “We are happy with our choice and would always recommend the Vidicode Apresa call recording solution where possible. It’s a very flexible system with a multitude of features for MiFID, PCI and GDPR compliance as well as benefits for use in a training environment.  It is good to know that our client feels the same way we do about Vidicode UK and the solution we provided”.

Jonathan Carroll, Director at Right to Health backs this up, “We felt that our telephony needs weren’t being fully met with our previous provider and were delighted when we were pointed in the direction of Everton at Vidicode. The Vidicode Apresa recording system is far more comprehensive than anything we have used in the past and they have been incredibly helpful in custom-setting our portal to better meet our demands. We often use call recordings for training and compliance issues and Vidicode enables us to easily locate calls and make appropriate notes on relevant sections. Furthermore, Everton and his team are a pleasure to work with and readily available to support us on the very rare occasion that an issue does arise. We highly recommend the Vidicode system.”

Founded in 1986 by John Mills and now a global operation, JML was once a small family company that developed through consumer exhibitions with exciting live demonstrations of innovative products. Over the last two decades we’ve grown into a household name, one of the nation’s favourite brands and a world leader in retail screen promotions and TV home shopping. With ambitious plans for further rapid growth, you can find our diverse range of products on virtually every high street and in many of the biggest retailers throughout the UK and Ireland. Our international distribution is also expanding fast and we have a presence in over 70 countries worldwide.

The Vidicode UK Apresa recording solution proved to be the best solution after many months of reviewing possible products. We needed a solution that was easy to configure, where we could mute calls when our agents reach a “Payment Page” meaning that no card details are captured. The Apresa also provided us with the option to use short DTMF codes to manually mute and unmute the calls.

The solution was easy to install and is easy to administer and maintain and it has become a vital training resource tool. 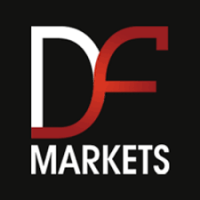 We had investigated many solutions over the years and have spent many hours trying to make the solutions fit our regulatory & Treating Customers Fairly (TCF) needs. With our growth plans, MiFID, TCF and FCA regulations in mind, we were delighted to finally procure a robust solution that could be implemented quickly and with minimum disruption.

Vidicode UK proved to deliver on their promises for a high-quality solution, impeccable and efficient project implementation and reliable post-sale support.

The Vidicode UK Apresa call recording system fulfilled all our requirements and enables us to be compliant with our regulatory bodies. The recordings are secure, encrypted fingerprinted, tamper-proof, and provides us with an audit trail to review who has accessed the platform.